Nitriding has been widely used in industry to improve the hardness, wear resistance, corrosion resistance and fatigue performance of metallic materials. Due to the low diffusion rate of nitrogen in metals, however, effective nitriding needs to be carried out at high temperature (500ºC) for long duration. In this project, we propose an innovative method called nanocrystallization-assisted nitriding to effectively lower the efficient nitriding temperature. The surface nanocrystallization is induced by surface severe plastic deformation (SSPD). The nanoscale grain boundaries and the highly dense dislocation networks provide effective diffusion channels for nitrogen. In this way, we can carry out efficient nitriding of Iron at a temperature of 300ºC. Compared with the nitriding only sample, the nanocrystallization-assisted nitriding sample has 59.9% increased hardness when nitriding at 300ºC. The improvement is 45% at 350ºC. 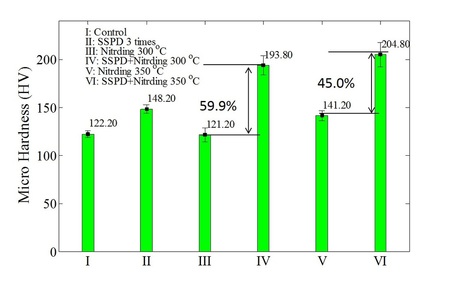 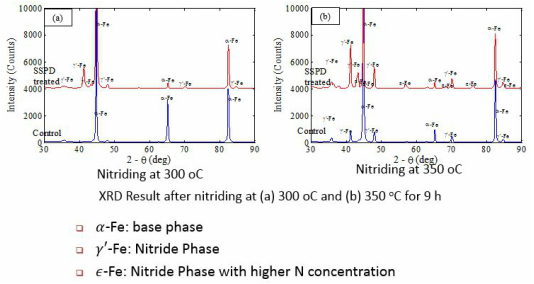 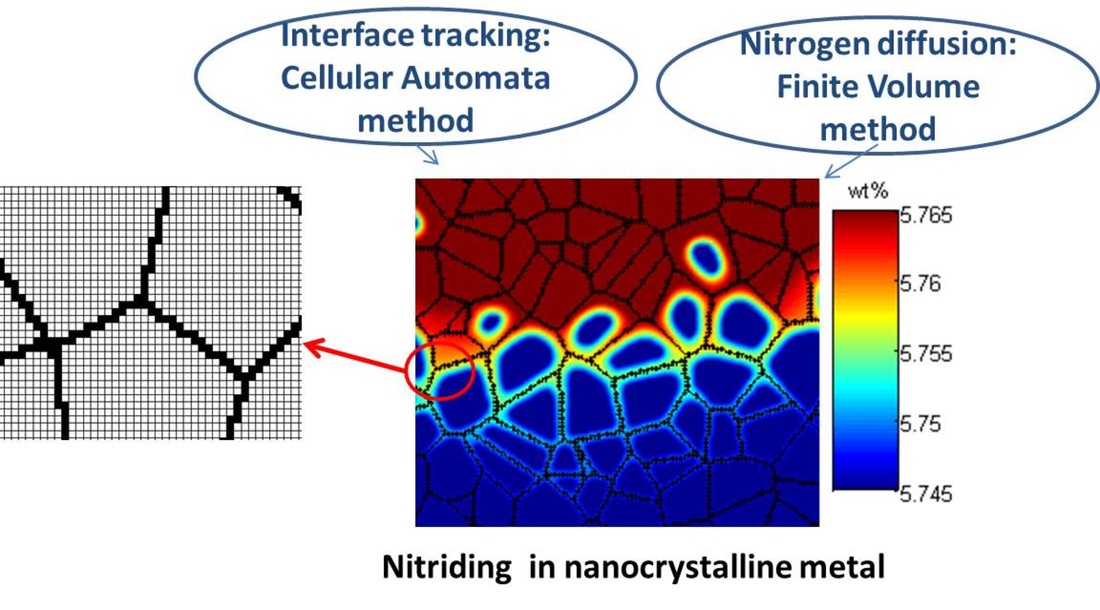 The clinical success of an implant requires that it not only performs its desired function, but that it also is compatible with the human physiological system. For successful integration into the human physiological system, the implant needs to be biocompatible to facilitate protein adsorption and proliferation. To ensure long term stability, the biomedical implants need to have high wear resistance and sufficient fatigue performance. In this project, we utilize various surface engineering processes, including eletrochemical deposition, ultrasonic peening and laser coating to engineer beneficial microstructure changes on metal surface to improve the biocompatibility and mechanical stability. We collaborate with Prof. Nita Sahai on cell culture research. See the facilities in Prof. Nita Sahai group here. 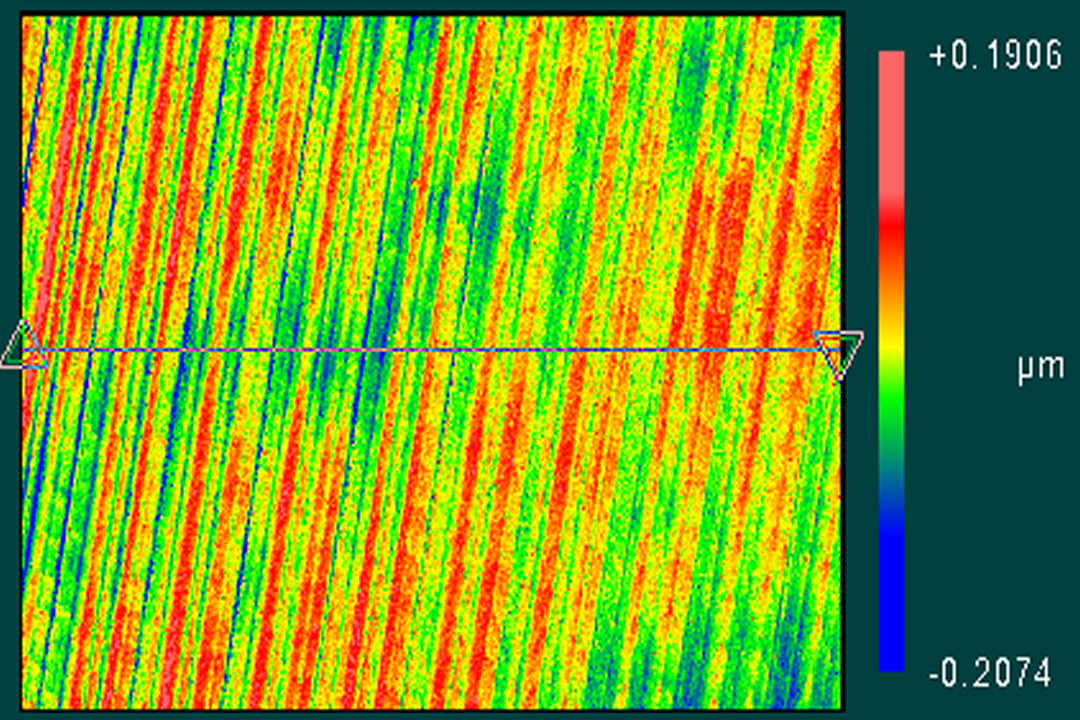 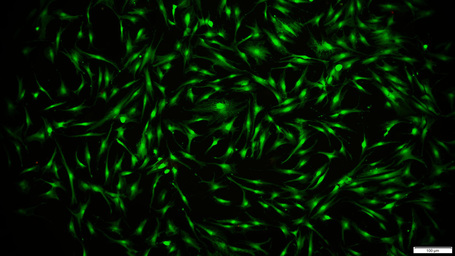 The Amontons–Coulomb law of friction states that the force resisting relative motion between contacting objects, friction, is related to normal load by a constant, the friction coefficient.. However, despite the success of this phenomenological description, the Amontons–Coulomb law does not capture specific physical processes underlying frictional sliding. To understand the underlying physics behind friction from macroscopic level is a daunting task. Therefore, many researchers attempt to simplify the problem by focusing on the sliding of a single asperity (called atomic friction), where the smallest measurable asperity is usually on the nanoscale. This type of research is also relevant for small scale applications such as MEMS/NEMS or magnetic storage devices.

Recently, femtosecond laser has raised great interest in both academia and industry due to its ultra-high energy intensity, which promotes capacity of heating and removing atoms from material surface in a very short time thus reducing the heat affected zone. Besides, the rapid distribution of laser energy on solid material can form dense plasma on material surface which can induce shock wave into the material. In our research, we use the Fokker-Planck equation to describe the electron distribution evolution during femtosecond laser-plasma interaction and find out that the electron distribution is different from Maxwell distribution especially around the critical point of laser absorption. As a result, the energy transport and electron pressure are different from that calculated by hydrodynamic codes. This work can provide a correction for the hydrodynamic codes and make the result more reliable.

In this project, we aim to develop a numerical code that couples contact mechanics and lubricant dynamics to relate interracial properties of bearings with resultant frictional performances. Below are the simulation results to relate surface roughness with pressure and film thickness.

Although it has become a routine technique in industry to reinforce rubber’s mechanical properties through adding carbon black or silica fillers, the underlying molecular origins for these reinforcements remain unknown. This work aims at building a bridge between nanocomposite’s microstructure and its macroscopic mechanical property. By building a nanoparticle-polymer system, tensile behavior and dynamic mechanical properties (e.g. Mullins effect, Payne effect) can be studied. Supported by Center of Tire Research, the SEAM group work with Dr. Jiahua Zhu on this project.

In this work, a pathfinding algorithm is used to exhaust all possible configurations on graphene to seamlessly connect to a given CNT. The least squares approach method follows to sort out the configuration with minimum energy. The combined methods are able to generate CNT/graphene junction for any CNT type (m, n). Molecular dynamics simulation further reveals that the formed junctions are thermodynamically stable, and thus ready to serve as basic block for a CNT/graphene network. By providing an easy-to-use numerical tool in the form of MATLAB code, the intention is to free material scientists from the tedious preparation of atomic configuration.